“Jiu Jitsu is for Everyone” is the slogan that some use these days to encapsulate and promote what Brazilian Jiu Jitsu offers its practitioners.  However, there were days when Jiu Jitsu was surely not for everyone.  Those old school practitioners (…no not you blue belts who started a couple of years ago or even those within the last decade) are those who grew up with Jiu Jitsu in Brazil.  There are many grainy video clips resident on the web of young Brazilian dudes in speedos fist fighting their way to glory.  Long before there was the UFC or MMA in America, there was vale tudo in Brazil.  Many grudges were settled (or further ignited) in those early days in Brazil.  The Gracie Jiu Jitsu and Luta Livre rivalry comes to mind immediately.

Some of this old school mentality seems to have survived into today as witnessed at the recent 2018 IBJJF No Gi World Championships in Anaheim.  There was an altercation that occurred between Ralph Gracie and Gracie Barra’s Flavio Almeida.  Now, I do not want to go down the rabbit hole of all the Gracie familial linkages and histories because that would just be nauseating to try to explain and understand.  However, those who have been around Jiu Jitsu for any length of time should know who these gentlemen are, and of course, should realize that Ralph very much hales from the old school of Jiu Jitsu.  The story goes that these two gentlemen were having a discussion mat-side at the event.  There has apparently been a bit of competitive business between their two school and organizations in the San Francisco area.  Arguably, Gracie Barra as a large international business entity has a lot of cash to fuel expansion in any market that they desire.  So, any such expansion in the San Francisco area may hurt Ralph’s business and profits as time goes on.  Ralph probably takes exception to this, and recent video evidence allegedly shows Ralph taking more physical actions to show his displeasure of a potential business encroachment…

If you understand the old school mentality that existed (or still exists) in those early days, then Ralph’s alleged actions should come as no surprise.  I mean, that is how problems were settled in the early days of the Jiu Jitsu and vale tudo.  However, in these most modern of times, one would assume that this behavior is no longer viable for promoting your business.  The Gracie Barra network of schools are some of the best ran academies in the business.  The corporate nature, leadership, and marketing has fueled its expansion into all major cities nation-wide and throughout the world.  Its communication strategies have also been good for the image and expansion of the art alongside other positive examples like Rener and Ryron Gracie’s Gracie University self-defense and anti-bullying focus.  On the other end of the spectrum is….well, I guess Ralph Gracie.  Ralph, much like his siblings (Renzo and the late Ryan), is a ferocious competitor.

This ferocity seems to also apply to his business as well.  In his defense we do not know thewhole story behind the altercation, but what we do understand is that his imageand business is easily damaged from what is currently available as viewable evidence.

It will be good for the sport, art, and Jiu Jitsu communitywhen this altercation is settled and forgotten with time.  It is definitely not how we want to promotewhat many of us are so passionate about…Jiu Jitsu.  And, it is not an accurate display of all thepositive benefits that are gained from its practice. 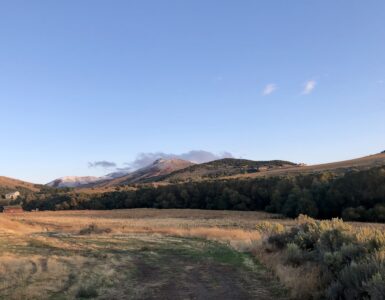 Over the last 18 months or so, my family and I traveled from coast to coast. It was quite the adventure for us all, and we made as many stops along the way. Visits to National Parks, Memorials, friends, and family were...

This was a unique and exciting experience for me a couple of decades ago. Inside Kungfu magazine and my Silat teacher, Victor DeThouars, collaborated on a video instructional series called Combat Silat. This series was...

Priit is a former SBG coach out of Estonia who has gone his own way. He always has some interesting and unorthodox concepts for Jiu Jitsu. Here is one of his latest releases from the BJJ Globetrotters Spring seminar.